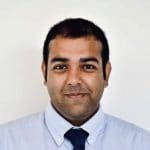 Sati Heer-Stavert is a GP and Clinical Education Fellow at The University of Warwick. Twitter: @SatiHeerStavert

Coventry is the 2021 UK City of Culture, and as part of the celebrations there is a new exhibition devoted to the “2 Tone movement” that emerged in the region during the 1970s and 80s. The fusion of Jamaican ska and punk rock occurred during what was a turbulent period of unrest not just within Coventry but nationally.

The new and associated book Racist Tones compiles and shares experiences of racism that existed in Coventry at that time forming a backdrop for the 2 Tone sound. Besides the visceral reaction to reading stories of isolation, violence and hyper-vigilance, the book highlights the ambivalent or even enabling response of authority figures at the time, ranging from the police to school teachers:

“The [football] referees were very biased; they were scared to go against English people. You had to try harder than the other team” Tari, Racist Tones

Early on, there is a reference to Amal Dharry, an Asian doctor who was stabbed by a 17 year-old skinhead who had a £15 bet to “get a p*ki that night”. The murder of Dr Dharry occurred during a spate of violence in the city and took place outside a chip shop that was local to Jerry Dammers, one of the founding members of the Coventry band The Specials, and mastermind of 2 Tone Records. Concerned about rising racial tensions, he helped organise an anti-racism concert at the nearby Butts Stadium in June 1981.

The message of 2 Tone was and arguably still is as important as the music. Visibly black and white both in membership and imagery.

Less than a month later their song Ghost Town reached number 1 in the UK. The message of 2 Tone was and arguably still is as important as the music. Visibly black and white both in membership and imagery, bands would on occasion stop performing and eject members of extremist right-wing organisations when they were spotted in the audience.

Coventry’s immigrant labour population contributed to the conditions sparking the 2 Tone movement. Similarly, the NHS also has a diverse workforce. Post-war, doctors from overseas filled up positions that were unpopular with respect to both medical specialism and geographical location.1 Even today differential attainment in medical education, suitability for specialist training and the representation of minorities in the most prestigious positions remains puzzling in a country recently deemed to have “no evidence of systemic or institutional racism”.2,3,4,5

Whereas 2 Tone bands were kicking out neo-Nazis from their gigs decades ago, anecdotal reports of obsequious adjustments accommodating the racist demands of some patients continue to occur within the NHS today, despite an official zero-tolerance approach to racism.

“I remember asking him ‘Why didn’t you pick me? And he turned around and said, ‘I just didn’t want you’.” Kulwant Singh, Racist Tones”

Sometimes, it ain’t what you do but the way that you do it. The NHS now recognises that to address structural racism we must all acknowledge the problem and take this seriously through demonstrable action. But the syndrome of racism is multi-systemic with signs and symptoms sometimes extending beyond our conventional reach. There has already been much debate regarding referral rates to the regulator and the GMC is currently appealing a recent tribunal judgment that it had racially discriminated against a doctor. More than forty years after Rock against Racism there is perhaps now more than ever a clear imperative for all doctors to reflect upon the issues at hand and consider what tangible actions could be taken to fight racism, and importantly, then actually take these actions without delay.

Doctors possess the ability to send powerful and clear messages regarding racism in medicine.

“One of them pulled my bike from me saying that it was his and called me ‘a little P*ki’, I didn’t know what to do… No one came to help even though there were people watching from the chippy. They gave me my bike back when the lady from the local shop shouted at them.” Jas, Racist Tones

Of course, Coventry is also the city of peace and reconciliation. Despite historical events, relationships can heal with a recognition of the past and ongoing sensitivity in action. Perhaps inspiration can be drawn from adopted Coventarian and GP, the late Dr Madeleine Sharp who belonged to the group practice where Dr Dharry was a partner when he was murdered.6 An anti-fascist and prominent campaigner for social justice, she was not only well respected within her local community but internationally, being awarded the Coventry peace prize in 2004. Doctors possess the ability to send powerful and clear messages regarding racism in medicine and should not be subdued or afraid to take anti-racist actions within the NHS and beyond.

1. Asian doctors in the NHS: service and betrayal
https://www.ncbi.nlm.nih.gov/pmc/articles/PMC2151817/

4. Race-ethnic and gender differences in representation within the English National Health Service: a quantitative analysis
https://bmjopen.bmj.com/content/10/2/e034258

5. The report of the Commission on Race and Ethnic Disparities
https://www.gov.uk/government/publications/the-report-of-the-commission-on-race-and-ethnic-disparities

The chaos of Covid in Myanmar