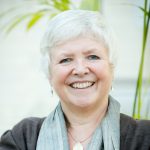 Amanda Howe is a GP in Norwich, Professor of Primary Care at the University of East Anglia, and current President of the RCGP.

Late one night, having finished a book, I wandered to my untidy shelves for inspiration. As if by some magic power, my eyes were swiftly drawn to a long untouched text called ‘The Plague’. One year on from the start of the COVID pandemic, and with a tendency to favour grim reality over escapism, I took it down to read.

Searching the Internet later to check if anyone else from the GP world had joined me, I found two esteemed colleagues writing in this column who had referenced it – both noting the eternal human struggle to make meaning out of uncontrollable events and challenges. And, unsurprisingly, other media writers had picked up the book and its relevance to the current situation. Yet most of those I mentioned it to had not thought of reading – or re-reading it: indeed, some appeared never to have heard of it, and others said “ I read it years ago” – perhaps, like myself, in the world-broadening years of early adulthood, and then casting it to the archives of memory.

There are three reasons to read ‘The Plague’. Its style is an ‘easy’ read, with people and places meaningfully conveyed without pomposity or excess drama. It relates directly to our recent experience – my husband grew bored with hearing me gasp, and then read out paragraphs which strangely paralleled the daily UK news. And there is a GP at the heart of it – a French general physician, whose daily work and life is transformed by the pandemic.

It relates directly to our recent experience …. paragraphs which strangely paralleled the daily UK news.

The events are also familiar – public authorities who are slow off the mark; enforced separations of heartbreaking – and sometimes eternal – durations; and the motley bringing together of strangers, some to be heroic and others to attempt more selfinterested outcomes. And the rhythm of the epidemic is also familiar – its gradual emergence, its increasingly catastrophic impacts, and its eventual diminishment , all coupled with the human dance of denial, terror, and retreat into the ordinary.

I would not encourage you to read this if it was a negative book – as GPs, and as citizens, we have plenty to deal with in the day job, and many people will choose their books for escape from these challenging times. What I found fascinating was the genuine human warmth of the relationships of some of the main characters, the beautiful images of daily life that could sustain some hope, and the way that the book helped me to put into words some hitherto unanalysed feelings. Camus makes clear – the need for meaning even in uncontrollable and dangerous circumstances; the power of touch and companionship; and death as an inevitability that can nevertheless be delayed by appropriate actions.

“… all who, while unable to be saints, but refusing to bow down to pestilence, strive to be healers.”

As the final pages say, the plague is never beaten – but we learn from seeing people trying to beat it, that there is more in humans to admire than to despise. And the book recognises “… all who, while unable to be saints, but refusing to bow down to pestilence, strive to be healers.” I have been really proud of many colleagues in the NHS and social care in this period of the pandemic – and admired our RCGP members and their teams hugely for their efforts. This book shows us we are not alone.

Towards an Interpretive Patient-Centred Practice

General Practice after Covid-19 – what have our colleagues said?