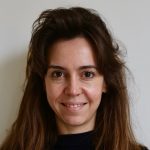 Helen Burn is a GP working in Hammersmith in Fulham and for CLCH NHS Trust with a specialist interest in geriatrics and frailty.

The government has just announced a health and social care levy of 1.25% on employers’ earning and employees’ payroll, which is estimated to raise £14bn a year. Of this, £1.8bn a year will go to social care, according to the Institute for Fiscal Studies (IFS).1 The Prime Minister’s statement outlies changes to personal spending for social care support, which from October 2023 will be capped at £86,000 over a lifetime. People with personal assets of between £20,000 and £100,000 will also be eligible for means testing, and no one with less than £20,000 will have their savings touched, this an improvement from the current £14,000 limit.2

Whilst this will be life changing for many clients and their families, my concern is that there are more fundamental problems facing adult social care which an injection of cash alone will not fix, without consideration of the other factors, governmental and societal, which are impacting the sector.

There are more fundamental problems facing adult social care which an injection of cash alone will not fix.

Many acute hospital admissions of elderly frail patients are due to falls, poor nutritional intake, dehydration, neglect or abuse, and ‘not coping at home’. Some of these may be prevented if patients are safe in their home environments and being supported adequately. In today’s society older patients are less able to rely on their families for the additional care that they need. Many older people live in isolation and in risk laden home environments, often with no one even recognising this before an adverse event occurs.

Beyond the issue of funding of social care is the issue of recruitment and retainment of staff to meet the increasing demands of our aging population. This issue of staffing and sickness is the root of many problems experienced by primary and secondary care teams trying to access social care for patients – the referral process is disjointed in comparison to other services, and there can be long delays in patient assessment. Many patients require only limited personal support, but ensuring they have timely access to this may be the difference between remaining well at home or falling and sustaining a life changing injury.

Unlike many other forms of discrimination which have seen media coverage in recent years, ageism, by the very definition of the group which it affects, is less recognised because this population group have not utilised social media to the same effect as others.

It falls to us all to help older people enjoy healthy and happy later years in life.

Neil Eastwood’s book, Saving Social Care, addresses the challenges of recruitment into social care and suggests the introduction of compulsory community service for young people, who would benefit from a greater understanding of their ageing society and would learn of the rewards of helping others at an early age.

Eastwood also acknowledges the lack of branding of social care, in stark comparison to that of the NHS, an internationally recognised brand. It would seem sensible to consider directing some of the proposed government funding to re-branding social care in ways comparable to the NHS; thus also marketing it as a similarly rewarding and honourable career choice.

Further to this, Eastwood suggests a caring supplement to the basic living wage, which would elevate roles in the sector above others paying a low wage but which are less physically and emotionally demanding.

Finally, Eastwood recognises the trap of recruiting the wrong people into social care roles, inevitably resulting in poor performance and poor retainment. He suggests that active retirees, particularly those with pension shortfalls, make excellent employees more likely to have stability in their home life and to possess mature values well suited to work in social care. These people would need to be actively sought out, which would again require a national government campaign which would change the way in which the sector is viewed by job seekers.

Older people have suffered hugely during the pandemic, and as we prioritise health and social care spending in the aftermath they deserve proportional recognition and a proactive approach to their care. It can be difficult for us to contemplate our latter years until they are upon us, but with greater public awareness and government support it falls to us all to help older people enjoy healthy and happy later years in life.