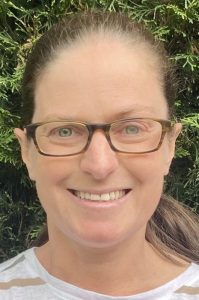 Hannah Milton is a GP, Mum, and runner.

Dr Suzanne O’Sullivan is a British neurologist with a particular interest in psychosomatic diseases. I really enjoyed her first two books as she has a compassionate story telling style that I find easy to read. This book explores several cases of mass psychogenic illness.

O’Sullivan starts with an observation that the general population (and many doctors) tend to underestimate the ‘severity’ of psychosomatic illness and overplay the idea that there must be one, unresolved trauma leading to it. The word hysteria has been replaced by many other monikers: functional neurological disorder, functional illness, psychosomatic. But often these are viewed as mysterious or not a real explanation. She discusses how dissociation, a physiological and psychological process by which the conscious brain disconnects from the world, occurs. Her book explores how the causes of psychosomatic neurological disorders do not necessarily have their cause within the individual patient but within the society that they live in. This is a concept I had never thought about before. 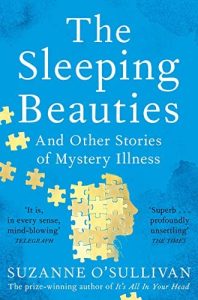 Her book explores how the causes of psychosomatic neurological disorders do not necessarily have their cause within the individual patient but within the society that they live in.

She describes travelling to Sweden to visit a group of children with a ‘sleeping disease’ after reading an article about one of the girls. Over a 20-year period, these 169 children had slowly withdrawn from active lives and taken to bed for months or even years. She wanted to understand how this illness had affected a very specific cluster of children: asylum seeking children in Sweden. When they first became ill, they were extensively investigated but all results were ‘normal’. These children’s disabilities are profound: motionless all day, fed by nasogastric tubes and wearing nappies. No child could maintain this level of disability at a conscious level. Eventually their illness was named “resignation syndrome”. Their illnesses tended to start at the beginning of the asylum application process, but their trauma had started years before. Prior to their illness, the children had acted as translators for their non-Swedish speaking parents, helping them deal with the lengthy asylum process. They perhaps felt ‘other’ within Sweden, but also felt they didn’t fully belong to the country / culture they were born into. Once asylum is granted, the children tend to recover over weeks or months. Their illness is not biological or psychological, but a sociocultural phenomenon.

She travelled to America to learn more about a uniquely Nicaraguan illness called grisi siknis within a community of Nicaraguans now settled in Texas. This condition starts with headaches and fatigue but can lead to convulsions, hallucinations, agitation and aggression. The culture believes that the person (usually teenage girls, but not always) is taken over by an evil spirit that causes them to behave in erratic ways with super-human strength and an urge to run away. There is a belief that the spirit is inflicted on them by another person. The community rallies around the family, without any shame, to protect the affected person and the ‘cure’ is usually given by local healers. The illnesses seem to be a way for people of this community to communicate conflict. The concept of demon or spirit causing grisi siknis appears to take the stigma away from the individual, as it is out of their conscious control.

Conspiracy theories can abound in mass psychogenic illness as the psychological / sociocultural explanation is often difficult to communicate, especially where there is fear, mistrust and stigmatisation.

The following chapters explore similar phenomena in other countries and cultures: two small industrial towns in Kazakhstan, “Havana syndrome” affecting American diplomats based in Cuba, a series of school outbreaks in Columbia and small towns in America and Guyana. Conspiracy theories can abound in mass psychogenic illness as the psychological / sociocultural explanation is often difficult to communicate, especially where there is fear, mistrust and stigmatisation. These different but related illnesses could be interpreted as a way of distress or problems being expressed within each community.

Dr O’Sullivan finishes the book with a discussion about the weaknesses of Western Medicine and our (and our patients’) keenness to give a medical label for any difficulties a person might be having. People can become disabled by multiple medical diagnoses rather than guiding effective treatment. The individualistic look at a patient without looking wider at the pressures within the society that they live in can miss effective interventions.

I really share her concerns about medicalising normal life experiences and how dependent this can make patients feel without truly helping them to live healthy and happy lives. Our culture of high achievement and always striving for more can be harmful if those expectations are beyond a community or person’s reach.

A short history of general practice: The coming of family practice