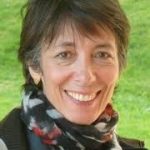 The extensively revised second edition of Turning the World Upside Down Again by Nigel Crisp covers key challenges of our times: the crisis in health care and public health, pandemics, the impact of climate change on health, and how entrenched power imbalances and dysfunctional political and healthcare systems create barriers to progress. The title is derived from the idea that the way forward is to start with understanding society — applying the findings from natural and social sciences to medicine rather than the conventional opposite.

The author, a distinguished expert on health care and global health, sets out his case in the beginning of his book, arguing that the Western scientific models of health and health care are inadequate for 21st century problems such as global warming, mass migration, demographic changes, chronic disease epidemics and escalating inequality. The world has become more complex, more interconnected, more global, and less predictable. We are living in ‘VUCA’ times – volatile, uncertain, complex, and ambiguous.

‘Using twentieth-century methods to deal with twenty-first-century problems is costly and inefficient but also risky and potentially very dangerous.’ (page 16)

This edition, albeit updated, was published before the recent phase of the Russian war in Ukraine. War, an evil thousands of years old, is accelerating 21st century threats by destroying lives, health, infrastructure, and human rights, as well as causing massive displacement and severe environmental damage. The blockade of Ukrainian grain exports from the Black Sea, theft, and the extensive damage to crops and farmland as well as to storage and distribution facilities has created the threat of famine and malnutrition in many parts of the world, particularly in Africa. The extremes of heat this year, undoubtedly linked to climate change, has deepened the risk. We are also facing a global energy crisis and rampant inflation with inevitable political turbulence. Furthermore, the COVID-19 pandemic is not over, as Tedros Ghebreyesus, head of the World Health Organization, warned us recently.1 The four horsemen — pestilence, famine, war, and death — gallop, poorly controlled, across the ravaged earth.

The book begins with an overview of health and health systems, pandemics, politics, climate change, and global solidarity. The subsequent chapters delve more deeply into these topics and explore new ways of thinking exemplified by innovative, community-based solutions in other countries as well as in the UK. Crisp also addresses ‘unfair trade’: how health workers from lower-income countries are siphoned off to work in richer countries — and the UK is no exception — depriving them of a desperately needed trained healthcare workforce. Another aspect of unfair trade is the imposition of Western models of health care, that are inappropriate, if not harmful, to the countries to which they are applied. The dominant model for ‘good health care’ assumes that it requires doctors, shiny new hospitals, and technical treatments, eschewing the value of community and family, and dismissing the importance of lifestyles, culture, and social factors. Aid often disempowers by setting the agenda and imposing trade deals, which benefit the donors as they privilege their own goods and services. Instead of building up local capacity, dependence is maintained by importing foreign expertise, extracting repayment of loans, and creating debt. Arguably this is the new colonialism. But aid does save lives and the UK’s shameful reduction in foreign aid will cause direct harm and avoidable disability and deaths.

Crisp criticises UK politicians’ simplistic, financially driven approach to healthcare reform, focusing mainly on funding and costs. To this I would add the disproportionate emphasis and funding for secondary care, rather than primary care, even though robust evidence shows that a strong primary care leads to healthier populations and improved health equity. Crisp endorses this view and argues that strong primary care and public health, with community participation and optimal use of data, can lead to resilience and sustainability. For an elegant, lucid, and succinct analysis I would recommend Jake Chapman’s slim book System Failure: Why Governments Must Learn to Think Differently on how the dominant mechanistic and reductionistic thinking in UK policymaking fails to reflect the way the modern world operates, and how it leads to unintended consequences and failures, as well as to the crises of public services we witness today. Chapman and Crisp, with many others, advocate for a different mindset and the adoption of a systemic, holistic ‘ecological’ approach, abandoning the top-down, command and control form of leadership and management sadly still so prevalent in the NHS. A whole system approach is also needed in government, not just in health care.

An ecological approach or ‘one health’ approach recognises that health is intimately linked to the environment in which we live — in other words the social and environmental determinants of health. Most GPs witness daily the adverse physical and mental impact of isolation, unsupported childcare, poverty, poor housing, unhealthy cheap diets, chronic stress, and precarity at work. The link between health and wealth is stark, leading to gross differences in life expectancies, not to mention misery. Inequality worsened during the decade of austerity in the UK and more recently with the COVID-19 pandemic. This ‘syndemic’ revealed in shocking statistics the impact of inequality as well as the lack of global solidarity in terms of vaccine provision. Human health and our very survival depend on planetary health. Climate change impacts clean air, safe drinking water, sufficient food, and shelter. To tackle this huge complex problem needs global cooperation and political will, yet we witness how a few politicians and corporate barons with wealth, power, and vested interests can sabotage efforts to control emissions and develop a ‘green agenda’, undermining climate pacts and sustainable development goals.

“This is an important book that covers a great deal of ground relevant to human health and flourishing.”

Crisp criticises the marketisation and commodification of health and health care, and challenges the top-down professionalised and commercialised mindset so common in high-income countries. He asserts that we have much to learn from lower- and middle-income countries who have been forced to be more innovative and creative with fewer resources at their disposal. They have learnt to engage patients and communities in their own care, to prioritise prevention and ‘health creation’ (defined as providing the conditions and enabling people to be healthy,) and to use technology effectively while keeping costs to a minimum. Examples include the Bangladesh Rural Action Committee (BRAC), Brazil’s community health workers, and Pakistan’s Lady Health Workers Programme. He also refers to Hazel Stuteley’s C2 Connecting Communities in the UK and social prescribing initiatives. To this I would add Compassionate Communities — a movement that is flourishing in parts of the UK and is to be found in several other countries. Trusting relationships, collaboration, listening to, and working with patients and communities are key to finding appropriate local solutions. As Stuteley says ‘disadvantaged communities are not the problem – they are the solution’.2 Crisp also highlights the importance of education for women and how maternal health is the best indicator of health of an entire health system.

This is an important book that covers a great deal of ground relevant to human health and flourishing. The key messages are to be found in the first three chapters and in the concluding chapter. The others, albeit very important and relevant to all those working in health care, would be of greater interest to those working in public health and global health rather than to GPs. I did find myself getting rather overwhelmed by the sheer number of ideas, concepts, statistics, examples, and anecdotes, despite the clear headings and subheadings. I also diverge from the view that personal responsibility (for health) and solidarity are necessarily in conflict as one can embrace both. Other excellent books on related topics I would recommend are Margaret Hannah’s slim volume Humanising Healthcare: Patterns of Hope for a System Under Strain and Hilary Cottam’s Radical Help: How We Can Remake the Relationships Between Us and Revolutionise the Welfare State.

Featured photo by CHUTTERSNAP on Unsplash.

The clinical courtroom – a reflection