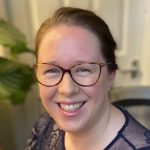 Rebecca Mawson is an academic and clinical GP with special interest in sexual and reproductive health inequalities.

Unwell Women by Elinor Cleghorn is a remarkable portrayal of the medical management of women throughout the centuries. It tells of misdiagnosis, manipulation and myth in a male-dominated domain. This book has had a huge impact on the way I think about the diagnosis and management of women in my general practice consultations.

As a doctor, Unwell Women makes challenging and uncomfortable reading as it describes the misogyny and discrimination against women through the ages. This historical behaviour of our profession runs deep within all our institutions and learning. I felt somehow responsible for the terrible injustices that women suffered at the hands of our medieval predecessors.

Unwell Women poses questions about how medicine and doctors have been complicit in punishment, silencing and oppressing women. Elinor describes systemic medical sexism and prejudice which compounds adverse outcomes for ethnic or sexual minority groups.

“.. the discrimination against unwell women that persists today is cast by a centuries-long shadow, which skews perspectives and judgement beyond the level of unconscious and individual prejudice”

The strong narrative within the book is of women not being heard by the medical profession, having their symptoms questioned and disbelieved. As though women must prove their ailments exist. We have focused much of medical training on bio-psycho-social aspects of illness and I fear that as doctors we are at risk of thinking a women’s illness as psychological until proven to be physical. We forget that organic pathology often will exist alongside psychological symptoms.

The book is divided into three historical periods. Starting with Ancient Greece with talk of wandering wombs and the sexism of Hippocrates. Moving forward through time from the late nineteenth century to 1940, meandering through suffrage, curses, control and punishment. Finishing in present time with debate about ‘mothers little helpers’ and deciphering autoimmune conditions.

The book explores inequalities in access of healthcare and poor outcomes for women, especially focusing on structural racism and inherent outdated beliefs about women of colour. The book describes the persistent bias against black women who were thought to feel less pain due to ‘thicker skin’ and ‘less sensitive nerve endings’. This led to atrocities against black female slaves at the hands of gynaecology surgeons. These subconscious biases still pervade now. Black women are four times more likely to die in childbirth in the UK than their white counterparts.1

As doctors we are at risk of thinking a women’s illness as psychological until proven to be physical.

Unwell women explores some of the prevailing stereotypes of women being hysterical or hypochondrial, women thought to be more sensitive to pain and therefore less likely to be offered strong pain relief or referral for diagnosis. This idea of hysteria dates back to a time where women were treated with a hysterectomy for any behaviour deemed unacceptable to their husband or their physician. The book describes the coercion of medical professions with husbands to repress and medicate the wives. Women were treated as having hysteria, with sedation, hospitalisation, lobectomies and removal of reproductive organs.

Cleghorn argues that the male-dominated medical establishment, often influenced by religious, cultural, and political ideals, has perpetrated immeasurable suffering on women and girls. This book is a call to arms, asking women to stand up and share their experiences, breaking away from the shame and stigma which has been historically associated with my female illnesses.

She concludes; ‘To be an unwell woman today is to fight against ingrained injustices against women’s bodies, minds and lives; but we no longer have to live in silence and shame’.

This book is worth a read for anyone who lives as a woman, lives with a woman, or lives a life where they look after women!

Thankyou for this book review which will likely be one of my next reads.
It made me think of the book I am currently listening – “Invisible Women” , narrated by the author, Caroline Criado Perez. In this, she draws out examples across society of a gender data gap that leads to a default male bias. There are examples drawn from town planning, design, workforce planning, and accessing medical care.
Both sound like vital reading to start to address some common unconscious biases.