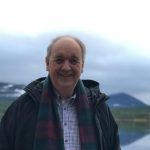 Peter Lindsay is a Portfolio GP in Yorkshire.

Reading this book, published during the summer cricket season, written by someone who held the post of Secretary of State for Health from 2012 to 2018, it was easy to draw comparisons with my summer reading of the history of English cricket, in which captains explained their poor team performance on the quality of the pitch they had to play on rather than their own performance, and Hunt tries to convince us that his performance as Secretary of State for Health was determined by the playing pitch of the Health Service rather than his attitudes and skills.

We hear he was shocked at being appointed to the job, having had to cope with the equally unfair circumstances in the Department for Culture, Media and Sport where he had been handled cruelly. He says he came as an outsider to the NHS, not mentioning he had co-authored a book, Direct Democracy, in 2005, which stated the NHS ‘fails to meet public expectations’ and is ‘no longer relevant in the 21st century — our ambition should be to break down the barriers between private and public provision, in effect denationalising the provision of health care in Britain’,1 so we can assume that even before starting he had certain attitudes to his new job.

The ‘Zero’ of the title comes from his concept that we should be able to eliminate unnecessary deaths, and he presents examples of how the NHS has failed to do this, revealing that with change this would not continue. Since 2018 he has publicised this book was coming and it is therefore amazing how badly it is written, with repetitions, contradictions, and poor editing. Rather than being about reducing risk it reads like an apologia of his career.

He begins by stating ‘This book is not about me’ but ‘I cannot avoid some consideration of my own record’ (there is a whole chapter on the doctors ‘strikes’) and the problems he ‘did not solve despite a long time in the job’, and then the rest of the book explains how bad the pitch was and how it can be improved by such as attention to the blame culture, but omits ‘Jeremy Hunt … said it was “absolutely outrageous” that no one had been brought to book for the premature deaths of 1200 people’.2

He also recommends increasing staffing by setting limits on minimal staffing but without commenting on declining midwife, nursing, GP, and consultant numbers, and how his party opposed the Health and Care Bill creating a legal duty to publish projections of NHS workforce; putting more money into the service without commenting that increases in funding since 2010 have been below inflation; setting targets without discussing the costs, particularly to primary care, of trying to reach his ‘good’ target; and the abolishment of hierarchies and groupthink.

He recognises the need for continuity of care in primary care but was concerned matching a patient to a particular GP was not very effective if the GP retired or took on the extended or out-of-hours commitments of the practice Hunt had also demanded. He puts this in a chapter on prevention without commenting on the decimation of public health services that became apparent during the COVID-19 pandemic. He describes the ideal technology providing clinical data on each patient we all know would help if some Secretary of State would impose the necessary uniformity on the NHS in the way Hunt imposed the inspection system he says he is proud of. He is enthusiastic about transparency and candour without commenting on the salaries of the chief executives he admires so much in the times of the 3% annual increase for frontline staff. There is no reflection on the truth that the same staff who ‘failed’ in a trust subsequently reached ‘good’ when investment in the terms of the chief executive and others increased, deteriorating when it was withdrawn.

“Rather than being about reducing risk it reads like an apologia of his career.”

Throughout, he omits any reference to the failings of private agencies during his time in charge, for example, Capita failing to pass on 130 000 medical records and the ‘unmitigated disaster’ of Circle Health running dermatology services in Nottingham before its responsibilities were transferred back by NHS Nottingham.3,4 He defends his promise to increase the number of GPs by 5000 because the bumpy pitch he was provided with meant he didn’t realise that there were so many GPs leaving through retirement at the end of their careers, not mentioning the effect changes on their pensions that he supervised were associated with an increase in the number of GPs retiring early and a reduction in the average age they were retiring.5 He watched health visitor numbers go down by a third6 while 15 billion GBP of NHS funds were diverted to private companies.7 He describes the ‘memory illusion’ whereby clinicians might hide the truth about events but we read no personal reflection of this affecting him.

Having embittered junior doctors by stating to the press and House of Commons that a paper written by a statistician suggesting discussion of hospital mortality showed the ‘weekend effect’ — increased deaths could be reduced by improving the availability of junior doctors and the excess deaths were due to their lack of availability8 — and on resigning from a Cabinet in which he was facing demotion, he attempted to become a champion of the same doctors, so we get a whole chapter on the ‘Leicester problem’ without any mention of the way in which his new contract contributed to the failings of an overstretched service. Now he states he was trying to increase the availability of consultants and merely wanted to improve the conditions of junior doctors. He ignores the copious papers produced saying it was the admission at the weekend that was associated with increased mortality,8 and he still seems oblivious to the decreased mortality affecting other patients in hospital at the weekend. He makes no comments on the number of junior doctors deciding to emigrate.9 During the dispute, he stresses, he was ‘the last person who would walk across the street to pick a fight’, having stated earlier in the same chapter ‘if the junior doctors were in no mood to compromise, nor was I’.

Hunt is still clearly an outsider and does not understand those who keep our NHS going — in the matter of increasing medical student training places he explains it takes ‘7 years to train a doctor’ and another 4 years (11 in total) to train a consultant. No comment is made on the attitudes of the Royal College of Nursing (RCN) to the constant negative comments about nurses after the Mid Staffordshire problem, clearly described in the standing ovation given to Molly Case at the RCN Congress and Exhibition 2013: ‘Who would have thought we’d be having to defend? … this is our vocation and we’re sick and tired of being told we don’t do enough for this nation.’10

This book is a political document published, poorly written, and edited with obvious haste, under the name of a millionaire politician who still wants political office, more important than organising the military defence of our country (he refused the post of Secretary of State for Defence, moving to the more strategic post of Back Bench Chair of the Health and Social Care Select Committee). The book provides him with no profit, all royalties going to ‘Patient Safety Watch’, an accident prevention charity he set up, but is here to provide him with a first step up to receive the winning trophy won on the bumpy pitch of today’s politics.

From the dedication and the forward we can read the planning behind that often seen smile, and the smile then looks less reassuring. He states the book is dedicated ‘to the NHS, whose founding values are based on the principle that every patient matters’ — we might ask ‘To who?’